Bart Houwers (1997) comes from the Dutch countryside, from a family of farmers. Through rationalization and modernization, the countryside and landscape has been undergoing severe changes for decades. These changes have resonated with the people who live there and in his work he investigate these changes. As well as reflecting on his own biographical (agricultural)background Houwers also researches and delves into the many dimensions of other spaces. By moving through these seemingly different worlds, like the: urban/rural, history/present, artworld/non-artworld, beneath/above the surface, Houwers creates works that explores notions such as: (spatial) memory, micro-histories, neoliberal thinking, interconnectedness, guilt and loss. The works often take the form of a temporary intervention, sculpture or installation. Afterwards, the works often live on either as a narrative or as photo- or video documentation.

Bart on his graduation project:

“For my graduation project, I took my father’s overalls apart, completely, thread by thread. An action that refers to the irrevocable changes in the (Dutch) countryside. Another work I made for my graduation is a project in which I transported the doors of the oldest barn from our farm to the Rietveld Academie for the duration of the Graduation Show. This migration movement was given the title ‘Voor wankelen behoedt’ (translated: Will not slumber). This phrase comes from Psalm 121. A well-known pilgrimage song from the songbook, which is recited by Protestant farmers when unavoidable or severe changes await. The work attempts to connect different worlds and investigates the urban/rural relationship. After the exhibition, the doors, which have gained new layers of memory, were placed back in the barn.” 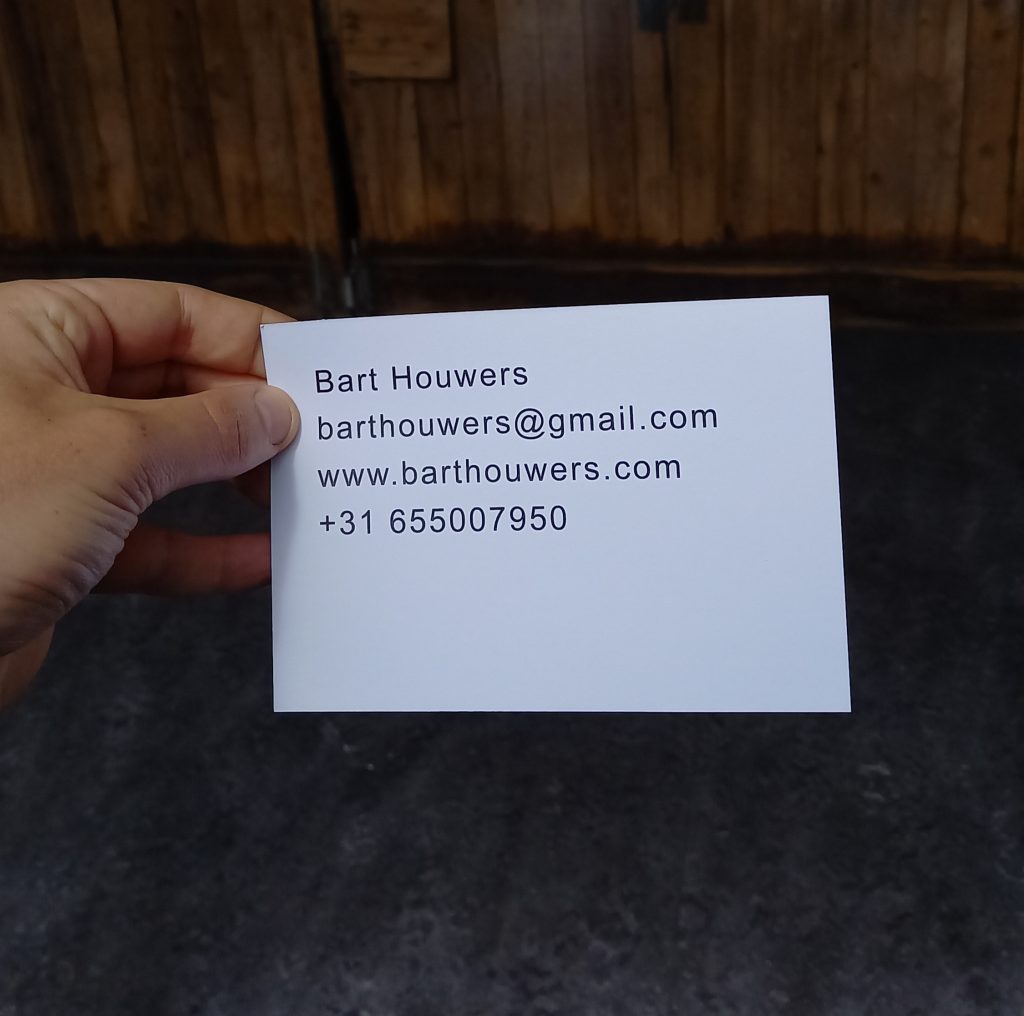